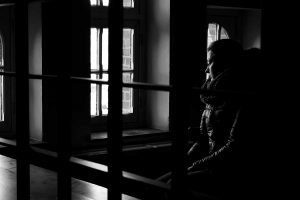 For many in active addiction, the fateful day comes when they are confronted or forced to face the consequences of their addiction, and are told they have to stop what they’re doing. Sometimes it’s families, sometimes it’s the court, and sometimes it’s a job.

The instant UA cup has been the adversary of the drug addict for quite sometime now, but many addicts have found and chosen to abuse certain drugs that don’t show up on an instant cup. These drugs can create a similar euphoric feeling that a user’s drug of choice once did and are equally as dangerous, in some instances, even more so. Here are a few examples:

W-18 causes slightly different symptoms than other narcotics during drug overdoses, and patients don’t respond as readily to the antidote Naloxone, which is often administered after a drug overdose has occurred.

No one really knows what is in the W-18 that is being produced by illegal drug labs, making the drug astronomically dangerous.

Kratom is a relatively new drug to the US and Europe. It has been used for many years in Southeast Asia as an anti-diarrheal medicine, a painkiller and a recreational drug. Kratom is the popular name for a tree and the drug comes from its leaves.

The drug may be bought in leaf form but in this country, it is more likely to be purchased as a capsule filled with powdered leaf material or a chopped up form of the leaf that can be used for tea or smoking. Most people ingest the drug. The effects of kratom come on rather quickly and last between five and seven hours, although high doses can last longer.

Kratom is heavily promoted as a legal, undetectable, safe drug that can be used to come off stronger drugs. It is not yet illegal in the US. Because of its legality, the drug tends to be more popular among young people who cannot yet buy alcohol and who may be concerned about being arrested with weed or other drugs.

Kratom is included in a newly-defined class of drug called New Psychoactive Substances, so-named by the United Nations Office on Drugs and Crime. In the 2013 World Drug Report, kratom is on this list along with khat (another plant, this one from East Africa), Salvia divinorum (a plant that is widely available in the US), and synthetics ketamine, mephedrone and others. Many of these drugs are not yet illegal in the US and Europe, despite their dangerous and addictive effects.

Kava is a beverage or extract that is made from Piper methysticum, a plant native to the western Pacific islands. The name “kava” comes from the Polynesian word “awa,” which means bitter. In the South Pacific, kava is a popular social drink, similar to alcohol in Western societies.

Kava is applied to the skin for skin diseases including leprosy, to promote wound healing, and as a painkiller. It is also used as a mouthwash for canker sores and toothaches.

Kava is also consumed as a beverage in ceremonies to promote relaxation.

While the drugs mentioned above are not commonly abused, there is a fairly large base of people who choose to consume them for various reasons. Just because a chemical is not scheduled as a controlled substance or a narcotic by the DEA does not mean they do not come with their own set of dangers.

If you have found yourself abusing any of these substances, and have developed a dependency, we may be able to help. Contact Rock Recovery Center today for any questions or concerns you may have.