Manipulation is a characteristic of virtually every addict.

The disease of addiction can be described as an allergy of the body and an obsession of the mind. When an addict puts a mood or mind altering substance into their body, they experience a reaction that creates the phenomenon of craving: the desire to consume more of the drug. Once this has taken hold of an individual, the obsession of the mind comes into play, and the addict’s sole focus becomes obtaining and using more.

Individuals who are in active addiction are also master manipulators, and will often take advantage of loved ones in order to get what they need, or justify their behavior. This guide outlines some of the more common forms of addict manipulation.

Victim stance is used when the addict or alcoholic is unable or unwilling to accept responsibility for his/her behavior. Addicts blame people, places, things and circumstances for their behaviors, but never themselves. They believe they’re entitled to behave in a certain way, either because of their circumstances or because of some perceived wrongdoing. 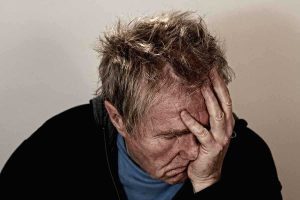 • “If my parents were different, I wouldn’t be an addict.”
• Blaming their addiction on genetics (“It runs in my family.”)
• “If you’d just stop nagging me, I wouldn’t have to use.”
• “I’m bipolar, so I have to self-medicate.”
• “I don’t get to see my kids anymore, so I might as well stay high.”
• “You just don’t understand! You’ll never understand!”

In a victim stance, the addict commands sympathy and understanding in an effort to normalize unhealthy patterns. If an addict or alcoholic is serious about recovery, it’s important for them to shift the perspective from being a victim, to seeing how they have hurt others.

One way you can help is to avoid falling into the trap of victim stance by refusing to feed into their manipulation. Keep them accountable.

For example, you can say, “Blaming other people for your behaviors is not going to solve your problems. You alone are responsible for your decisions and your happiness.” Keep it simple and factual. 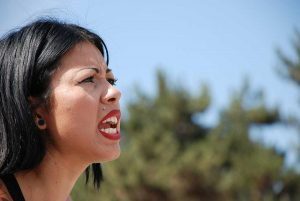 Priming is an attempt to set up the circumstances to be conducive to a desired outcome. Even non-addicts sometimes use priming as a way to control an outcome. An example of this is when a person feels insecure about what they believe. They might say something like, “You’re probably going to think this is stupid, but…” By prefacing the statement in this way, they believe they’re less likely to get a negative response. This type of addict manipulation can leave you side-blinded when the addict goes back out if you don’t know what’s happening.

• Starting an argument with you so they have an excuse to leave
• Doing nice things for you, like offering gifts or doing chores around the house, in an effort to make you believe they’ve changed
• Saying they’re a bad person, or they have nothing to live for, in an attempt to get a response from you
• Excessive apologizing or telling you they love you often, especially in public

The best defense you have against priming manipulation behaviors is to see the behavior for what it is. By recognizing the priming, you can prepare yourself for the possibility of a relapse or use.

You cannot control the decisions and actions of anyone other than yourself. Be aware and respond accordingly to addict manipulation.

The Addict’s Need for Power & Control

Addicts have a need to be in control, feel powerful and dominate others in order to make up for the internal powerlessness and lack of control they feel. Their constant need to be in control of their relationships, environment and situation leave others feeling as though they have no voice. • Using the silent treatment, or isolating to avoid conversation
• Slamming doors, playing loud music or throwing things
• Refusing to participate in their own recovery while acting as if they’re helpless (“I just can’t do this, so I’m not even going to try.”)
• Threatening to harm themselves
• Deliberately causing confusion and doubt
• Expressing anger in unhealthy ways, like screaming or using violence, in an attempt to make you uncomfortable with confronting them
• Making demands or threats of embarrassment, violence against you or themselves, or humiliation, if you don’t do what they want

When you recognize an addict is attempting to use power and control to manipulate you, you become empowered to detach from the behavior and respond appropriately. One of the best ways to respond in a power & control situation is to wait it out.

Wait until you’re in a neutral zone, and express your feelings about the behavior (not the person). Use direct statements, like, “When you threaten to harm yourself, I feel ___________.”

Splitting is a way for the addict to divide others and turn them against each other. Sometimes they cause rifts between parents in order to weaken the strength of them as a unit. Other times, they cause an argument so they can be the mediator, therefore gaining the illusion of control and appearing to be “the good guy.”

• Talking negatively about one person to another, then vice versa
• After getting a “no” from one parent, the addict goes to the other (or a grandparent) for a “yes”
• Telling people lies about you, so that others see you as the cause of the addict’s behaviors
• Seeking support from people they know will agree with them in order to make you look like an abuser
• “Ganging up” on you with people who don’t know all the details

When your loved one uses splitting, be honest and open about it with everyone involved. It’s best to talk it out openly with everyone present.

Be sure to point out the behavior, and do not attack the person (your child or the other person/people involved). Be clear about the facts and give everyone an opportunity to tell their side of the story.

Addicts know which buttons to push to make you feel guilty. Guilt trips leave others with feelings of guilt that are disproportionate to reality. The result is you experience more self-doubt, and may become submissive to the addict. • Remind of you of any instance when you were wrong with the intention to make you feel bad about yourself
• Saying things like, “You just don’t understand me,” or “You’ve never understood me”
• Calling you to let you know that they’re hungry, homeless, or hurt in an attempt to guilt you into giving them money
• Placing unrealistic expectations on you, with the threat of relapse or use as a consequence for not meeting their expectations
• Using their children or others to make you feel obligated to help them
• Starting any statement with, “If you really cared about me, you would…”
• Using words like “always” and “never” when describing their perception of you

1) You have a conscience;
2) you love and care about the addict and you don’t want to see them in pain;
3) you doubt your thoughts, feelings and position in the argument.

One important step you can take to stop playing the guilt trip game is to be clear on your values. When you’re armed with this aspect of self-knowledge, and committed to living according to truth, you’ll be more confident in your decisions when dealing with addict manipulation.