Bipolar disorder and substance abuse frequently coexist. Alcohol is the substance most likely to be abused. Medical providers treating mental disorders should delve into the patient’s history to discover substance abuse because it will guide the management of both disorders.

What is Bipolar Disorder?

Bipolar disorder is a brain condition characterized by extreme mood swings. Emotional ups and downs from time to time are normal for most people. However, if you have bipolar disorder, your feelings can reach abnormally low or high levels. At times, you may feel extremely energetic or excited, and at other times you sink into a deep depression. Some of these emotional highs and lows can last for weeks or even months.

There are four basic types of bipolar disorder:

The most common types are bipolar I and II. All types of bipolar disorder feature episodes of extreme moods. The highs are known as manic episodes and the lows are known as depressive episodes. 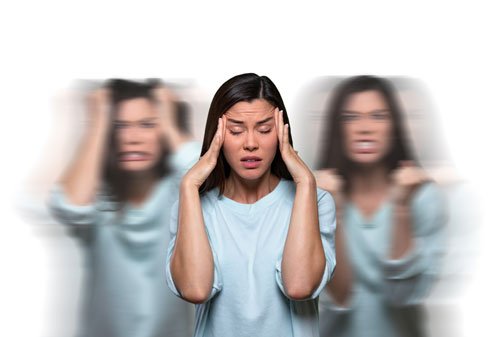 An individual must have had at least one manic episode to be diagnosed with bipolar 1 disorder. As previously mentioned, a person with bipolar 1 may or may not have a major depressive episode. Still, the symptoms of a manic episode might be so severe that hospitalization is required. Manic episodes usually have these characteristics:

These symptoms tend to be so apparent and intrusive that it becomes clear that something is wrong.

Bipolar 2 involves a major depressive episode that lasts at least two weeks and at least one hypomanic episode (less severe than a full-blown manic episode as described above). Individuals with bipolar 2 don’t typically have manic episodes severe enough to require hospital care.

This type of bipolar disorder is a severe form that occurs when a person has at least four episodes of major depression, mania, hypomania, or mixed states within a year.

This form of bipolar disorder affects more women than men.

It’s not known what causes bipolar disorder. Among the main causes may be abnormal physical characteristics of the brain or an imbalance in certain brain chemicals. Like many medical conditions, bipolar disorder tends to run in families. If you have a parent or a sibling with bipolar disorder, your chances of developing it are higher.

Scientists are still searching for the genes that might be responsible for bipolar disorder. It’s also believed that severe stress, drug or alcohol abuse, or extremely upsetting experiences may trigger bipolar disorder. These may include the death of a loved one, childhood abuse, and other traumatic experiences.

Unfortunately, there are no medical tests to diagnose bipolar disorder. A psychiatrist or other mental health professional is necessary to diagnose this condition. The diagnosis will include an investigation of your medical history and any symptoms you have that are related to mania and depression.

Dual diagnosis is the term used to describe the condition of having a mental illness and a substance use disorder at the same time. It’s also sometimes referred to as co-occurring disorders or comorbidity. Additionally, comorbidity also refers to:

The truth is, bipolar disorder and substance abuse are the rule rather than the exception. Bipolar disorder has among the highest rates of comorbidity, and that includes:

Comorbid bipolar disorder and substance abuse are not only difficult to manage, but they also increase the patient’s likelihood for recurring infectious diseases, injury, and suicide.

Most Common Substance Use With Bipolar Disorder

After analysis of 22 large multicenter studies and 56 individual studies of bipolar disorder with SUDs, the most common substances used are:

Who Is Most Likely to Have Bipolar Disorder and Substance Abuse?

First, more men than women have substance use disorders. Most often it’s alcohol abuse. The same is true of men with bipolar disorder, who are more likely to have a SUD.

Of the patients with bipolar disorder:

Why Do Addiction and Mental Disorders Co-Occur?

Research suggests these possibilities for this common co-occurrence:

Treatment will require the expertise of mental health professionals who specialize in treating dual diagnosis. Research has shown that treating bipolar disorder will be likely to have a positive effect on the patient’s SUD. 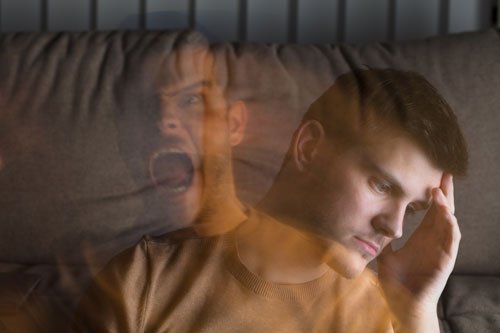 Regrettably, bipolar disorder can’t be cured but bipolar disorder can be managed with a combination of medication and psychotherapy. Medication can help reduce the severity and the number of episodes. Future episodes can also be prevented if you work on your personal issues and develop healthy habits through counseling and different therapy techniques. There are several medications that may be used in treatment:

These are often the first drugs used in treatment. They can be taken for a long time. These medications help stabilize manic episodes, prevent future episodes, and reduce the risk of suicide. Depakote, Lithium, and Topamax are mood stabilizers.

These drugs were initially developed to treat psychosis (a symptom of schizophrenia). They also work to control mood swings. Examples are Abilify and Seroquel.

These are also used to treat mood swings. They have fewer side effects than the previous but are also less effective. Calan, Isoptin, and Nimotop are calcium-channel blockers.

If one medication isn’t working, an individual might be prescribed two mood stabilizers or one stabilizer with medication to treat other symptoms, such as anxiety. Typically, Xanax is taken for about two weeks before the mood-stabilizer starts to be effective.

CBT helps patients develop strategies to deal with their symptoms. It is a short-term, goal-oriented therapy that places the focus on the behavior and thought patterns of the individual.  CBT is a useful way to address emotional issues and can help:

This is a blend of CBT and interpersonal therapy. It helps people build and maintain routines and healthier relationships.

This therapy helps individuals learn about their disorder and treatment. The purpose is to give the patient the ability to manage their disorders and anticipate mood swings.

You can find treatment for this serious dual diagnosis at Rock Recovery Center. If you think you or a loved one has bipolar disorder and a substance use disorder, it’s important to get evaluated by a mental health professional. Then contact us. We have a specialized dual diagnosis program and professionals whose only job is to help you or someone close to you. Our beautiful facility in South Florida has multiple levels of care to help you work your way back to the life you want and deserve. The struggle can be over if you want it to.