OCD is an anxiety disorder that causes irrational fears and leads many people to destructive habits and actions. OCD rituals may become so severe that they overtake the suffering individual’s life, sometimes leading them to substance use disorders. To effectively treat OCD and addiction, addressing the emotional effects of OCD is essential. Though recovery may seem unachievable, we at Rock Recovery are here every step of the way to support your recovery.

Obsessive-compulsive disorder, or OCD, is a disorder that involves two main factors: obsessions, and compulsions. An individual with OCD tends to have unwanted, recurring ideas and thoughts which push them to do something repetitively. OCD may be expressed in several actions such as hand washing, cleaning, constantly checking on something, or other repetitive behaviors.

Severe OCD can interfere with a person’s social interactions, daily activities, and more. Though OCD is one of America’s most common mental illnesses, most people do not experience life-disrupting symptoms. People with OCD may feel distressed when they do not perform a behavior that their persistent thoughts are beckoning for. Many people with OCD know their obsessions are generally not real, yet they cannot stop their thoughts or compulsive actions. 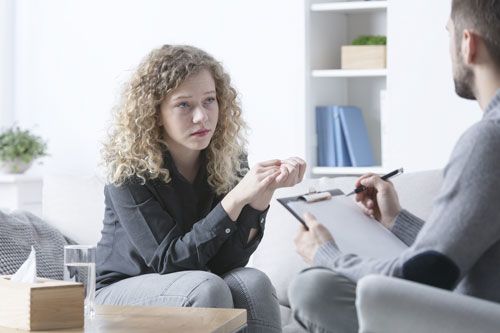 Signs and Symptoms of OCD

Symptoms of OCD generally begin to appear in early adulthood but are not uncommon in childhood or adolescence. An OCD diagnosis requires obsessions and compulsions to be present for more than an hour a day, impair social function or work, and cause mild to severe distress.

About 3% of the United States population experience OCD. Statistically, women are affected more often than men. To best understand obsessive-compulsive disorder, it’s essential to understand both obsessions and compulsions.

Obsessions are best described as forceful and persistent thoughts that produce anxiety or distress in an individual. An individual may begin to act on these obsessions with another thought or action – which is called executing a compulsion.

Obsessions may cause individuals to withdraw from family and friends. It may even make it difficult for a person to form new relationships. Unfortunately, many look to unhealthy coping mechanisms to deal with severe symptoms of OCD. Thus, OCD and alcohol, or OCD and other substances, are not uncommon. Some general OCD obsessions are:

Compulsions are the behaviors usually associated with OCD. Individuals with OCD often believe that the mental rituals they perform will help rid their unwanted urges or thoughts. It is not uncommon for compulsions to not be backed by logic. People with OCD may feel compelled to execute their rituals regardless if it makes sense or not. Some general OCD compulsions are:

When symptoms are severe enough, these obsessions and compulsions may take up an individual’s entire day. At the least, they may disrupt daily routines.

OCD leads many people to substance use and addiction. Similar to other mental health disorders, severe OCD may cause overwhelming and uncomfortable symptoms. When people feel as though they cannot deal with their symptoms, self-medication may be an issue. Self-medication is dangerous since it may numb symptoms in the short term, which creates a false idea of coping.

OCD rituals can lead people to become socially isolated. Someone suffering from severe OCD may avoid social settings, people, and general activities to keep their symptoms private. This physical isolation and shame lead many to use substances and eventually develop an addiction.

Co-occurring disorders, also known as dual diagnosis or comorbidity, are conditions in which someone faces more than one mental health disorder concurrently. A dual diagnosis often include OCD and addiction – but it also refers to mental health issues such as depression, anxiety, schizophrenia, and more.

In a treatment setting, both disorders should be treated simultaneously to best help the client. The key to effectively treating co-occurring OCD and addiction is to understand how both disorders feed into each other. 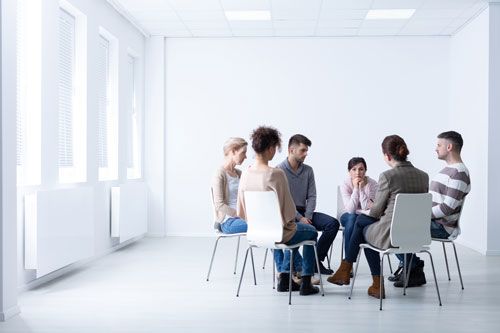 At Rock Recovery, we offer programs designed to treat our dual diagnosis clients. Our specialists cater to the unique circumstances of each person participating in treatment. We offer a variety of treatment programs that will help you in your recovery journey.

Detox might be needed when starting recovery. Committing to recovery is a difficult step in the process of achieving sobriety. But once you commit to recovery, the following steps are calculated, and we are here to help you every step of the way. Your detox is one of the foundational aspects of a successful recovery.

What is a Detox?

A detox, short for detoxification, works to rid toxins from your body. The process is guided by professionals that are experienced in dealing with a vast amount of situations. A proper detox is vital since detoxing on your own may be very dangerous or even fatal in some circumstances.

At Rock Recovery, our PHP is a more intensive form of treatment. This level of care provides a supportive and safe environment for people trying to embrace sobriety. Our partial hospitalization program works to make each client comfortable with treatment.

PHP for co-occurring disorders does not only make sure clients remain sober. Our program will help each individual deal with and understand their thoughts, behaviors, and emotions. Doing so helps our patients better address their comorbidities. Individuals dealing with OCD and addiction tend to benefit a lot from cognitive behavioral therapy. At Rock Recovery, we make sure to focus on each aspect of our patient’s issues, not just focusing on their addiction. 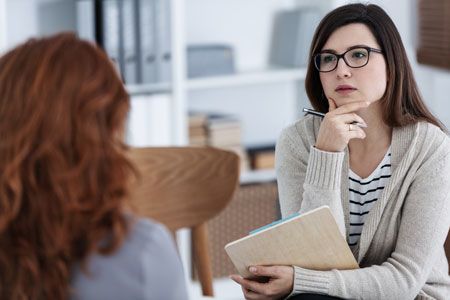 IOPs generally allow patients to keep some outside responsibilities while in treatment. No two situations are the same, and different people require different levels of care. Intensive outpatient programs, though, are not for people requiring 24/7 monitoring. Individuals in IOPs still have the support offered in other levels of care, but they still have time to attend work or school.

Our program consists explicitly of nine to twenty hours each week. During those hours, our clients have access to therapeutic programs like individual or group therapy. IOPs are similar to general outpatient programs, but at Rock Recovery, we offer IOPs for those needing a little more of a hands-on approach.

Outpatient programs are generally for individuals with less severe cases of addiction. In an outpatient program, you will have less restriction and more flexibility to continue your life responsibilities. Treatment usually consists of less than ten hours a week.

People who participate in our outpatient program are encouraged to take advantage of all of the resources we offer. This includes each therapy program, relapse prevention education, support groups, and more.

Many clients find adventure therapy exceptionally useful, especially those who feel a classroom-based program will not or did not work for them. Adventure therapy is designed to provide a refreshing form of treatment to our clients. Clients in adventure therapy learn new coping, problem-solving, and other healthy skills in an alternative way.

Adventure therapy still offers a structured environment, but it gives participants a break from the average treatment experience. Getting outdoors is beneficial for many of our clients dealing with OCD and addiction. The outdoors helps people stay mindful and present. Individuals experiencing the urge for OCD rituals may find relief in the natural environment.

Adventure therapy utilizes many aspects of holistic therapy in treatment. Holistic therapy uses natural mindfulness exercises to align the mind, body, and spirit. We combine our holistic treatment with other traditional practices to best help each client. Holistic practices focus on the patient’s overall happiness and well-being instead of just attempting to target and rid symptoms. Some holistic treatment approaches may include:

Get Help Today at Rock Recovery

Fighting obsessive-compulsive disorder and addiction alone may leave you feeling helpless and hopeless. You do not have to overcome these feelings on your own. Everyone deserves the chance to achieve recovery. Our proven programs and experienced medical professions are here to help with the compulsions leading to addiction. If you or a loved one is suffering from addiction, please contact us today.