Those diagnosed with post-traumatic stress disorder (PTSD) often look to substances to numb or subside their symptoms. PTSD and addiction are co-occurring mental health disorders that often require specific treatment. Rock Recovery strives to provide individualized treatment for those struggling with trauma and addiction.

It’s essential to understand the specific signs and symptoms of PTSD, primarily when paired with another disorder such as addiction. Proper treatment and thorough understanding are at the very foundation of mental health.

Here, you can learn about PTSD and the treatments available.

PTSD is an anxiety disorder often caused by a traumatic experience. Military combat, car accidents, sexual abuse, or other similar traumatic events could lead to PTSD. Research suggests that 8 out of 100 Americans have PTSD.

Nearly everyone experiences new or different emotions following trauma. After a traumatic event, people commonly show symptoms of PTSD, though these subside after a short time. Any symptoms lasting three to five months could lead to an acute stress disorder (ASD) diagnosis. However, if the symptoms last longer than five months, the diagnosis turns to PTSD. 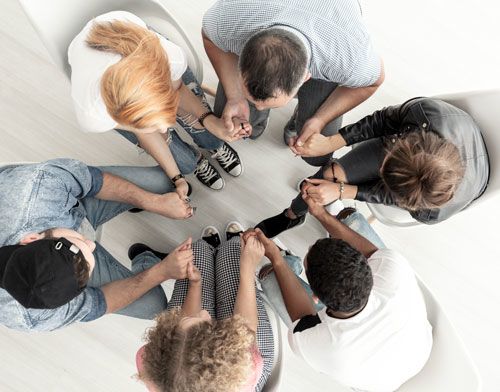 PTSD and addiction are often linked. Time and time again, research demonstrates that those who have PTSD have a much higher likelihood of suffering from substance abuse or addiction.

Researchers propose several theories attempting to explain the concurrent nature of PTSD and addiction. Though the approaches below are different, research supports each of them. This is mainly because each person has various qualities that make their conditions unique.

The high-risk theory bases the likelihood of experiencing a traumatic event on habits with drugs and alcohol. People who abuse drugs or alcohol have a high chance of facing traumatic events, resulting in PTSD. Therefore, the theory states that drug and alcohol abuse occurs before the development of PTSD.

The self-medication theory proposes that people with PTSD use substances to dampen their distress. An individual with severe PTSD may experience many triggers throughout the day. They may find that substances numb their symptoms, which eventually enables more issues regarding PTSD and addiction.

This theory suggests that specific vulnerabilities are genetic. That being said, their probability of mental illness is increased. Something that could cause PTSD could simultaneously cause them to develop a substance abuse issue.

The susceptibility theory argues that an individual’s use of drugs or alcohol after a traumatic event increases the chance of developing PTSD symptoms.

What Are the Signs and Symptoms of PTSD?

The majority of people who experience a dangerous or traumatic event will experience short-term symptoms. Those symptoms typically are short-term and do not develop into PTSD. Symptoms resulting from a traumatic event usually begin within three months after the accident. There are cases, though, where they start years after. To be considered PTSD, symptoms must last for an extended period and be severe enough to damper work or relationships.

The following symptoms are used in the process of diagnosing someone with PTSD:

In severe cases, re-experiencing symptoms can cause significant issues in one’s life.

Unlike triggered symptoms, reactivity and arousal symptoms are often constant. When burdened by stressful and startling thoughts, an individual may have difficulty doing standard tasks such as concentrating, sleeping, or eating. These symptoms often include: 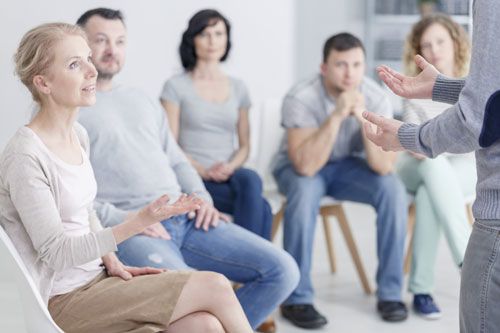 Following a traumatic event, cognition and mood symptoms that have nothing to do with physical injury begin to worsen. These symptoms include:

Mood and cognition symptoms are most common following a dangerous event. It is natural for people to experience these symptoms for a short period, usually for less than a month. When symptoms get severe, people often look to substances for symptomatic relief. Trauma and addiction are a dangerous combination and should be treated as soon as possible.

PTSD can occur in anyone, at any age. Sometimes it does not even take a dangerous event for someone to develop PTSD. Unexpected death or endangerment of a loved one can even cause an individual to develop PTSD. For various reasons, not everyone is prone to develop PTSD or a combined PTSD and addiction. Research proposes some variables that could increase the risk of the disorder:

The combination of PTSD and addiction is a considerable risk factor. As mentioned before, people who develop PTSD often look to self-medication. Self-medicating complicates the healing process and can even develop mental illness even further. Victims of trauma and addiction occasionally fall under the classification of co-occurring disorders.

As previously mentioned, drug or alcohol abuse and a diagnosis of post-traumatic stress disorder qualify an individual for a dual diagnosis. Research shows those diagnosed with PTSD are three times more likely to abuse substances. Rock Recovery offers treatment specifically designed for people with co-occurring conditions.

Self-medicating tendencies cause many of those with PTSD to receive a subsequent substance abuse disorder (SUD) diagnosis. PTSD and addiction are also commonly connected to disorders like depression and anxiety.

Dual diagnosis patients require compounded treatment that takes many aspects into account. PTSD and addiction are complicated mental illnesses that often require a long journey to recovery. Rock Recovery focuses on each individual’s trauma and addiction with their best interest of recovery in mind.

Rock Recovery focuses on abstinence-based treatment. In each program, we provide an atmosphere that promotes fun, community, and a proven treatment process. We want to see our patients permanently overcome addiction. 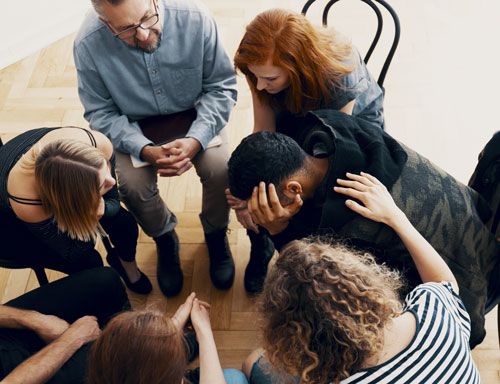 Partial hospitalization programs give patients suffering from dual diagnoses like PTSD and addiction a safe and secure environment. Serene conditions are essential for those undergoing treatment for their trauma and addiction. Each program has much to offer for those looking to build a strong foundation of mental health.

IOPs allow patients to continue treatment while still going home at the end of the day. Our intensive outpatient program is excellent for patients who need to return home each night to fulfill school, work, or parenting responsibilities.

An intensive outpatient program consists of many proven methods of treatment. Incoming patients have access to tools such as individual and group therapy. These proven therapy methods help our patients acquire the habits and coping skills they need to have a lasting recovery.

Trauma and addiction riddle the lives of many in America. Rock Recovery looks to provide the support and care needed for a successful recovery. The road to recovery is long, but we yearn to give our patients the tools they need to obtain sobriety. We also ensure each patient keeps on the road to recovery since it’s a lifelong process. If you or a loved one is struggling with PTSD and addiction, please contact us today.