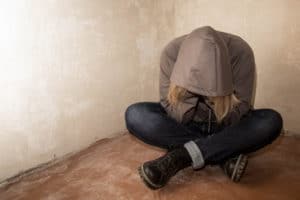 Cocaine use results in increased levels of dopamine being released into the brain. This release produces a short-term feeling of intense euphoria. When this feeling is over oftentimes the user will want to experience it again and again and so will continue to use the drug. This cycle will result in the user becoming addicted.

As someone becomes more and more addicted to cocaine, they will notice that the substance has completely taken over their lives. They might even be unable to do something as simple as going to work or school without having to get high first. Their withdrawal symptoms might be so bad in the morning that they can’t even get out of bed. When that happens, going to rehab for cocaine addiction is the only way to get your life back on track and to stop allowing your cocaine addiction to continue to control your life.

Cocaine is a highly addictive stimulant made from the coca plant that is commonly sold in a fine, white, crystalline powder. Sold on the street, it’s typically diluted with substances such as cornstarch, baking soda, flour, sugar, boric acid, laxatives, amphetamines, and talcum powder to take advantage of unknowing buyers. Cocaine directly affects the brain and is one of the oldest known psychoactive substances. Taking cocaine results in an intense high with an immediate feeling of euphoria.

Cocaine can be ingested either by snorting, injecting with a needle, or even by rubbing it on your gums. All three options allow for the cocaine to hit the bloodstream quickly. In some instances, someone might even choose to smoke cocaine. Crack cocaine is the only form of cocaine that is smokable on its own.

How Does Cocaine Affect the Brain?

When cocaine enters the system, it attaches itself to the dopamine receptors in the brain. Dopamine is a natural chemical our bodies and brains develop that’s used as a sort of reward system for our body. When our dopamine levels are high, we feel good and happy. Dopamine lets us know that things are good.

Normally, dopamine recycles back into the cell that released it, shutting off the signal between nerve cells. However, cocaine prevents dopamine from being recycled, causing large amounts to build up in the space between two nerve cells, stopping their normal communication. The flood of dopamine as a result of cocaine use is what causes the addiction to develop. After a while, it gets the point where the brain needs so much dopamine that the only way it can get enough is with prolonged cocaine use.

What Are Some Of The Side Effects Of Cocaine Use?

Prolonged cocaine use can lead to strange or abnormal behavior after a while. It can also wreak havoc on the body, causing it to do things that can be harmful in the long run. Let’s take a look at some of the short term and long term effects that cocaine has on the body and the brain.

One of the appeals of cocaine is that when you take it you feel the effects of it almost immediately. In addition, those feelings tend to dissipate faster than some other types of substances. How long those effects last and how intense they are depend on how the substance is ingested. Injecting or smoking cocaine produces a quicker and stronger but shorter-lasting high than snorting. The high from snorting cocaine may last 15 to 30 minutes, and the high from smoking may last five to 10 minutes.

One of the more “popular” short-term effects of cocaine is that it can produce bursts of energy, happiness, and mental alertness. Some people find that cocaine helps them perform simple physical and mental tasks more quickly, although that is not always the case.

Some of the other short-term effects of cocaine include:

While taking cocaine might seem enjoyable at the time, the negative effects that it can have on the body go far beyond just getting addicted to the substance. Using cocaine regularly and for long periods of time can wreak havoc on your body, causing potentially significant health complications.

What Are the Signs and Symptoms of Cocaine Addiction?

When people become addicted to cocaine they typically need it to get through their day, whether it be a line in the morning or a bump in the afternoon. Continued use of cocaine may result in one or more of the following:

What Happens When You Stop Taking Cocaine?

Cocaine withdrawal occurs when someone actively using cocaine cuts back or stops using. The withdrawal effects experienced with cocaine aren’t as intense as those of other drugs as they are mainly psychological, but they do present their own difficulties. These may include:

What Are the Treatment Options for Cocaine Addiction? 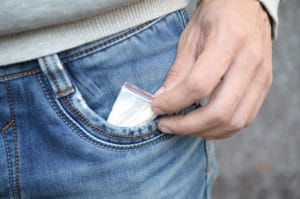 Before entering any sort of rehab for cocaine addiction, it is crucial that you rid your body of all the cocaine that is still in your system. Going through detox is the best, and safest, way to do this. Even if it has been a while since you have had any cocaine, detoxing is the best way to make sure your system is completely clean before going to one of many cocaine rehab centers.

Detox can take anywhere from a week to several weeks depending on the severity of the cocaine addiction. Detoxing should be done under the care and supervision of medical professionals. Attempting to self-detox can be incredibly dangerous and even life-threatening. All detox treatments should be done at either a hospital, a dedicated detox facility, or a rehab facility that also offers detox treatment.

After completing detox, the next step is to enter into a cocaine addiction treatment program. This can be either an inpatient or outpatient treatment program depending on which option is best for you. During treatment, you will undergo a variety of therapy sessions and treatments in order to essentially reprogram your brain so it doesn’t need cocaine or any other illicit substances anymore.

Do You Need Rehab For Cocaine Addiction?

Cocaine addiction affects millions of Americans every year. It doesn’t have to be that way, though. Battling addiction is nothing to be ashamed of or embarrassed about. If you or someone you know is suffering from cocaine addiction, don’t suffer for one more day. At Rock Recovery Center, it’s our mission to help you get clean and sober so you can start enjoying your life again. Contact us to learn about our treatment and rehab for cocaine addiction options.