Are You a Heroin Addict?

Early in heroin addiction, there might not be any signs of it. This is especially true if you’re going to great trouble to hide your use. But as heroin use increases, abuse gets harder to hide. Do you have symptoms, or have you seen them in someone you care about? If you have them yourself, it is time to get professional treatment for addiction.

How Heroin Affects Your Brain

Heroin affects your brain by tapping into its communication system and interfering with the way neurons typically send, receive, and process information. Drugs such as heroin can activate neurons because it imitates natural neurotransmitters. It enters the brain quickly and attaches to opioid receptors on cells in a number of areas, especially those involved in: 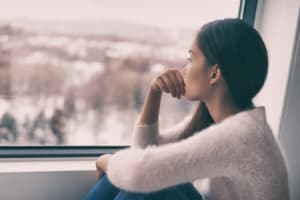 The use of heroin is characterized by a surge of pleasure or euphoria produced by influencing the production of endorphins and dopamine in the brain. Continued use of heroin to experience this euphoria results in the body developing a tolerance for heroin causing it to be more challenging to reach the previously attained “feel-good” levels. Users then increase their doses and frequency, which may result in them becoming addicted.

Heroin is an opioid made from morphine which, in turn, comes from the opium poppy flower. Heroin can be a white or brown powder, or a black sticky substance known as black tar heroin. It’s highly addictive and has been illegal in the United States since 1924. Heroin can be smoked or snorted; however, for the fastest high, users will inject it into their veins.

Symptoms of heroin abuse include:

Short-term heroin use may result in:

Long-term heroin use may result in:

Because heroin often contains added ingredients such as sugar, starch or powdered milk, there are other potential harmful effects such as:

Who is At Risk of Becoming a Heroin Addict?

Any person who uses heroin or opioids is at risk for developing an opioid use disorder. But, according to the Mayo Clinic, there are some factors that may increase the risk. Factors include:

These factors don’t mean that you do or that you will have an opioid use disorder. They’re just factors of which to be aware.

One factor that plays a part in the rise of heroin abuse is the growing abuse of prescription painkillers like oxycodone and hydrocodone, which are also made from the poppy plant and chemically related to heroin. Therefore, OxyContin, Vicodin, and other prescription opioid pain medications have effects similar to heroin.

Among individuals entering treatment for opioid use disorder, about one-third said that heroin was the first opioid they used regularly to get high. This tells us that prescription opioid misuse is just one factor that leads to heroin use.

A heroin overdose happens when an individual uses enough of the drug to produce a life-threatening reaction or death. When people overdose on heroin, their breathing usually slows or stops. This decreases the amount of oxygen that reaches the brain. This is a condition called hypoxia. Ultimately, hypoxia can have short- or long-term mental effects on the nervous system. This includes coma and permanent brain damage.

The Centers for Disease Control and Prevention reported that overdose deaths involving heroin increased by almost five times between 2010 and 2018. However, from 2017 to 2018, heroin-involved overdose deaths decreased by 4%. What may account for the decrease? It could be these factors:

A medication called naloxone can treat a heroin overdose when it’s given right away. Naloxone works by quickly binding to opioid receptors and blocking the effects of heroin and other opioids. At times, more than one dose may be needed to help the person start breathing again. This is why it’s so important to get help immediately.

The rising number of deaths due to opioid overdose has led to an increase in efforts by public health departments to make naloxone available to at-risk persons and their families as well as first responders. Some states have passed laws that allow pharmacists to furnish naloxone without a prescription.

When using heroin, people tend to not want to stop using due to their fear of possible withdrawal symptoms. When you suddenly stop using the drug, these symptoms can begin as early as a few hours after the last dose. These may include:

There is a range of treatments and behavioral therapies that are effective in helping people stop heroin use. It’s important to match the best treatment plan to meet the needs of each individual patient.

Your recovery will most likely begin with the detoxification process. This is the withdrawal period when your body will eliminate the drug from your body. As previously mentioned, withdrawal is very uncomfortable and disabling. It is best to go through withdrawal with medical supervision. The length of time in detox can be a few days to a week. It depends on:

When you leave the detox center, you will begin to address the underlying issues that might have caused your addiction. Frequently, people who have an addiction also have a mental health condition that is at the root of their problems. A case like that is called a dual diagnosis, and you will need to treat both problems at the same time for treatment to be effective. Your treatment may consist of:

Treatment programs offer different levels of care. Determining which level you need will depend on your need and your personal situation.

Getting Help for Heroin Addiction

If you or someone you know is a struggling heroin addict, we are here to help. We are the professionals at Rock Recovery Center in West Palm Beach, FL. We have experience in helping people like you who made a bad decision and wound up with an addiction.

Don’t wait any longer. Contact us now. There is nothing so terrible that it can’t be discussed with someone who is bound to help you recover and keep everything confidential. Our helpline is available to you 24 hours a day, seven days a week. Do it for yourself or someone you love.