In order to identify the warning signs of alcoholism, we need to address what alcohol is, and how it works in the body. 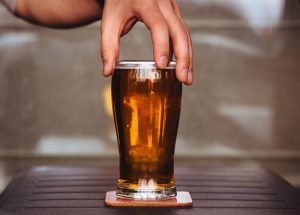 Alcohol is a central nervous depressant and is a substance that affects each organ in the body. It is a substance that is quickly absorbed in the stomach and pushed into the bloodstream. The effect that a person feels is directly related to the amount that has been consumed. This is due to the fact that the liver can only metabolize small amounts of alcohol at a time, leaving the rest of the alcohol to travel through the body.

Rock Recovery Center understands that the use of alcohol can begin as something that is used socially, but then later, converts itself into the definition of alcohol abuse. Many people ask, what are the warning signs of alcoholism?

The difference between alcohol abuse and alcoholism

These ten warning signs of alcoholism will be addressed later on but to begin with a few, many times people who have a dependence on alcohol drink in isolation, hide the use of alcohol and have regular alcohol cravings.

According to the Centers for Disease Control and Prevention and their frequently asked questions about Alcohol and Public Health, there is a fine line between alcoholism and alcohol abuse. This being that their signs and symptoms may be similar but that one is a pattern of drinking and the other is a chronic disease.

Do you or a loved one suffer from alcohol abuse? Call us 24/7 for advice or options for treatment:

Ten signs that may indicate someone is an alcoholic:

Nearly 17 million adults in the United States aged 18 and older suffer from some or all of the ten warning signs of alcoholism. These signs are used in “how to identify an alcoholic” and although you, or someone you know, may not believe you fall into any of the categories, there are more things to consider in the definition of alcohol abuse. 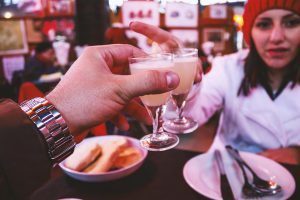 Do I have a problem with alcohol?

According to the National Institute on Alcohol Abuse and Alcoholism there are a series of questions that you can ask yourself or someone you love to help determine whether there should be cause for concern:

Rock Recovery Center is here to help offer solutions to those who may be suffering from alcoholism. Our alcohol treatment program can help you or your loved get the fresh start needed in order to overcome the grips of alcoholism.

Need Help with Alcoholism? Call us 24/7: